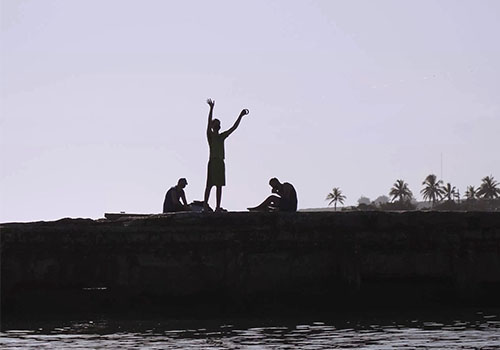 Climate change is among the world’s greatest challenges. As a small Caribbean Island, Cuba is disproportionately affected by climate change through extreme weather events. Up to 10% of Cuban territory could be submerged by the end of the century, wiping out coastal towns, polluting water supplies, destroying agricultural lands and forcing one million people to relocate. Finding solutions is now essential.
In this documentary, Dr Helen Yaffe goes to Cuba to find out about ‘Tarea Vida’ (Life Task), a long-term state plan to protect the population, environment and the economy from climate change. The Cuban approach combines environmental science, natural solutions and community participation in strategies for adaptation and mitigation. There are lessons here for the world.
Produced by DaniFilms with Dr Helen Yaffe from the University of Glasgow for the COP26 conference in Glasgow.

Daniesky Acosta was born in 1983 in a rural town in the east of Cuba where he grew up drawing, climbing palm trees, practicing combat sports and swimming in the local rivers.
He moved to Havana in his teen years, where he worked the family’s organic farm and took classes first in basic computing and then in digital design. He took those studies further when he moved to London in 2007, graduating with a first-class degree in Media and Design at the London Metropolitan University. Since then, Acosta has worked as a professional website developer, graphic designer, video editor, videographer, cameramen, event’s organiser, translator and desktop publisher.
In 2020, he set up DaniFilms and directed, produced and edited his first documentary about Cuba’s response to the COVID-19 pandemic. His second documentary Cuba's Life Task: Combatting Climate Change allowed him to investigate the threat of climate change on his native island. It premiered in Glasgow in November 2021 at Cop26, the international climate chance conference, hosted in that city, receiving local and international media coverage and contributing to the growing debate about effective strategies for climate change adaptation and mitigation.
Acosta is currently working on two short documentaries exploring longevity, isolation and others social issues.