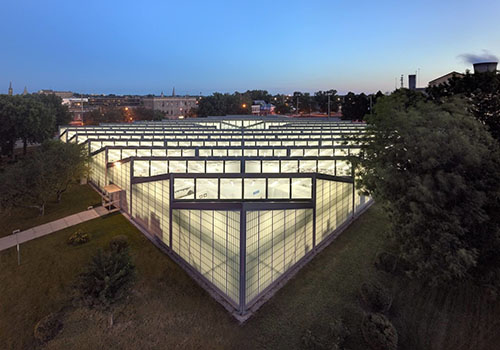 Helmut Jahn: In a Flash

Helmut Jahn was an endlessly inventive, persistently evolving architect in possession of astounding nerve and unflagging creative exuberance. An interview from June 2016, conducted in Jahn’s Chicago office, sheds light on his approach to design, his personal evolution as an architect, and the challenges facing the contemporary city.

Nathan Eddy is a Berlin-based filmmaker and journalist raised in Rhode Island, USA. He studied journalism, architecture, and filmmaking at Northwestern University, just outside Chicago, before moving to Germany in 2008.
In addition to his work as a writer and filmmaker, Eddy has worked with preservationists across the globe to aid landmarking efforts for endangered works of modern and post-modern architecture.
Among his most controversial projects was the successful effort to save Philip Johnson and John Burgee’s AT&T Building in Midtown Manhattan from disfigurement. The epochal skyscraper received landmark status less than a year after Eddy organized a petition and protest in October 2017.