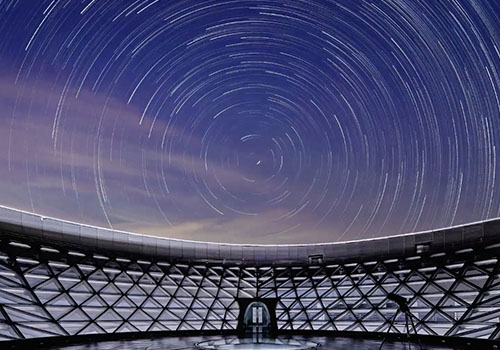 In Awe of Space

“Our journey is the sea of stars” sounds like the opening line of a science fiction novel. When you finally arrive at the entrance of the Shanghai Planetarium after driving 80 kilometres from downtown Shanghai, the dream journey is just beginning.
Overlooking Shanghai Planetarium is like watching the movement of stars in the universe. There are no right angles, and the smooth arcs are like the movements of stars, trying to echo the geometry of the universe. Step inside and you will encounter the unspeakable mysteries of the stars and the universe. “We're not writing a textbook, we're creating an experience”, says Thomas Wong, principal architect of the Shanghai Planetarium.

Director's Statement
Can architecture help us understand our place, not only in the world but in the galaxy?
In this short film, Ennead Architects' Thomas Wong takes us through the journey of the Shanghai Astronomy Museum, from concept to realization. Tracing the architectural lineage from the Rose Centre for Earth and Space in New York City to the immersive, ground-breaking museum & planetarium in Shanghai. Can architecture serve science, our humanity, as well as our imagination? By taking a pause and looking up, this film portrays the sense of awe inherent to architectural inspiration.