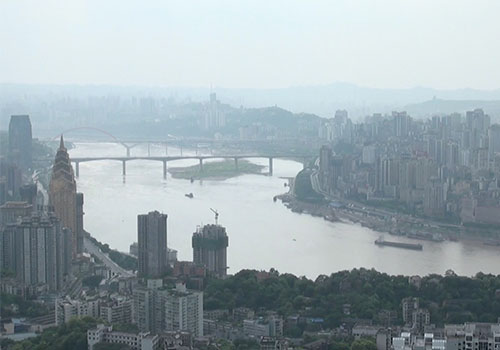 Moshe Safdie: Another Dimension of Architecture

Chongqing is vertical, height has known as “the magical city”. Chaotian Men, where this city starts, now is the biggest skyscraper and being repelled by the local. This film focuses on Moshe Safdie, the architect of this mega project, and tries to explain Chongqing from the architectural point of view.
Moshe Safdie mixed the fresh air, the sunlight and the spaces together. The responsibility of the architect in Safdie’s mind, is not only making a building, but also making people’s quality of life.

Director's Statement
For the past twenty years, China has been one of the most exciting and ambitious places for modern architecture. No project represents that dynamism as completely as Safdie’s Chongqing masterpiece. Far from being just one building, the project takes on all of Chongqing, from the controversy over its symbolic location to the way it weaves and intertwines with Chongqing's city planning; The Raffles Chongqing project is a rarely seen glimpse into the heart of one of the largest and most complex structures in the world.
Producer : I-TALK A Meeting with Architects
A Meeting with Architects was initiated by I-Talk, The first original architecture documentary in China. You could come to the architectural scene and TALK with star architects, capture the moment of inspiration and explore the spirit of The Times.
The documentary aims to let the public have a deep understanding of the essence of architecture -- architecture is not only the communication of architects' ideas, but also a shared space that everyone can measure with their feet and feel with their spirit.
I-TALK Founder\Producer. As an independent producer, Julia produced The first original architecture documentary in China. Interview and shoot internationally renowned architects such as Alvaro Siza, Christian de Portzamparc, Moshe Safdie, Ma Yansong, Yongho Chung, etc.
Moshe Safdie: Another Dimension of Architecture won the Best Short Documentary at the 2020 New York Movie Awards.