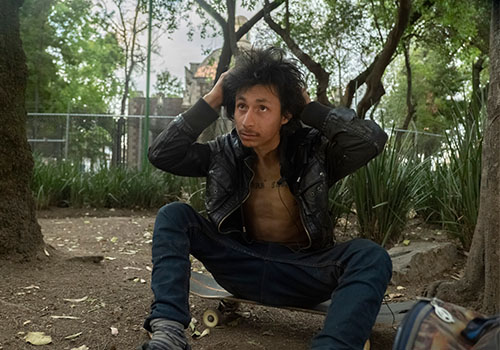 Occupying the Megalopolis explores the use of public spaces in a Mega-city. Fine Artists, political protesters, immigrant squatters and many more band together against commercial interests and the state to defend their ancestral right to collectively take back public space in Mexico City.

Jefferson Elliott (Director/Cinematographer) is a multi-disciplinary artist based in Seattle WA. His work in film includes narrative shorts, documentaries, animation and feature films. Elliott gravitates to stories and issues that are overlooked or suppressed by the populace in the environments they inhabit.

Director's Statement
I am honoured to have been able to collaborate with such amazing individuals, on both sides the camera. We hope that this film has the same transformational impact on you as it has on us.