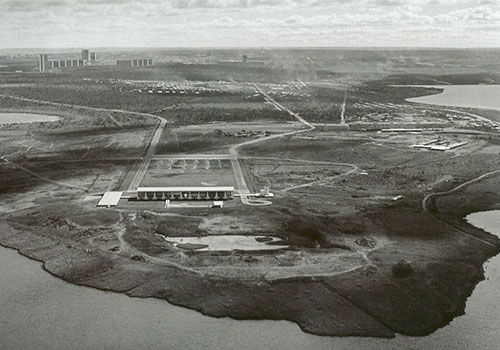 Brasilia, the capital of Brazil, turns 60 years old trying to deal with a contradiction: how can a modern architectural project, made for 500 thousand people, survive in a city of almost 4 million inhabitants?
A journey back in time takes us back to the time of its construction, when the streets were as empty as in the early days of the 2020 pandemic. Stories of people who made and make Brasília are intertwined, and help us to understand what happened on this journey.

Jimi Figueiredo is a director and screenwriter. His first films were the short movies Superficie (2004), Paralelas (2006) and True or False (2009), wich were in festivals like Huesca, Berlin, Viña del Mar, Brasilia and Rio de Janeiro. Cru (2011), his first feature film, won seven awards at festivals. He also performed the feature film Memory Game (2014) and Malice (2016), official selection of the Brasília Festival. In recent years, he has participated in market events at festivals such as Rio de Janeiro, Venice, Berlin and Ventana Sur